Have You Switched To Kotlin Yet?

The beauty of being a technology entrepreneur is that you always get bounty of opportunities to keep yourself upgraded and get paid for the same. You never go out of fashion. 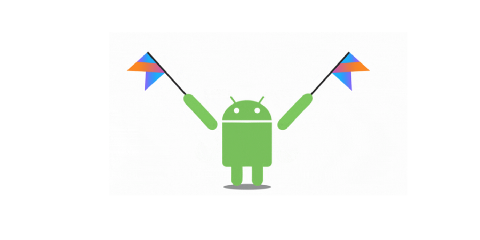 With more than 2 billion active android devices and more than 80 % market share in mobile OS, the android has become the most preferred development platform for many mobility startups . For many software engineers android development has become the first career choice. Android has come a long way since its inception in 2007, the first commercial device was launched in 2008 as HTC Dream since than the operating system has gone through multiple major releases, with the current version being 8.0 “Oreo”, released in August 2017.

One of the latest announcement made by google at their official event during the I/O keynote, was that they will make Kotlin an officially supporte language for Android development. Their latest Android studio version 3.0 Preview has started to ship with the latest support environment for the developer.

Kotlin is an Android-compatible language that is concise, expressive, and designed to be type- and null-safe, java developer this enhanced libraries of kotlin will make your life more easy you can code more in less time, so there is nothing to worry as such, you can easily switch from classic android development mode to this advanced java based Kotlin environment which will give your more advanced tools. It has wonderful safety features in terms of null ability and immutability, which makes android app more robust , safe and optimum in working, this feature has made google to make Kotlin their preferred official language for their sdk.

Kotlin is slowly becoming popular among java developers who were using the old version of it to develop android based mobile app, to answer why kotlin we need to understand what are the loop holes in conventional java which led to the new language. I will list few of those problems

Java’s biggest weakness is the way they handle null exception(NPE). Null pointer exception is very common reason for android app crashes still java has not given a damn about it and doesn’t handle it smartly. Jetbrain developed kotlin which is super efficient in overcoming NPE problem. Kotlin compiler comes with in built mechanism to handle null data via auto-cast mistake feature. In Kotlin all the variables are non-null by default which automatically stamps out the chances of occurrence of NullPointerException since it won’t be compiled

Java is more susceptible to memory leaks because of the way java handles non-static implementations of inner & anonymous inner classes ,keeping an implicit reference to the outer class making it prone to memory leakages. It’s a basic design flow in Java which is known from a long time now

Apart from the above said weakness lets understand the pros of kotlin which can encourage you to switch if not yet thought.

Why you should switch Now?

To make more informed decision go ahead and try it yourself I can bet, you will start loving it more, the more you use it. The ease of coding and robust coding structure saves lot of your valuable time which you can spend learning more or in having awesome time with your loved ones. It is a fresh language and future too, so if want to have an excellent career Kotlin is a weapon you must add in your kitty.

So what are you waiting for download new android studio 3.0 add the Kotlin plugin and get your hands dirty, have a feel and share your experience here with me, I would love to hear the same.

Response to “Have You Switched To Kotlin Yet?”