We need an initial sketch of a hand lettering which can be quite rough as we can always adjust it on Illustrator. The sketch is only for a reference; we can tweak it anytime in the software. We’re going to scan the sketch and import it to Illustrator and then begin tracing it using the Pen tool (P).

Here’s my hand lettering. You can use your own hand made letters or copy mine. 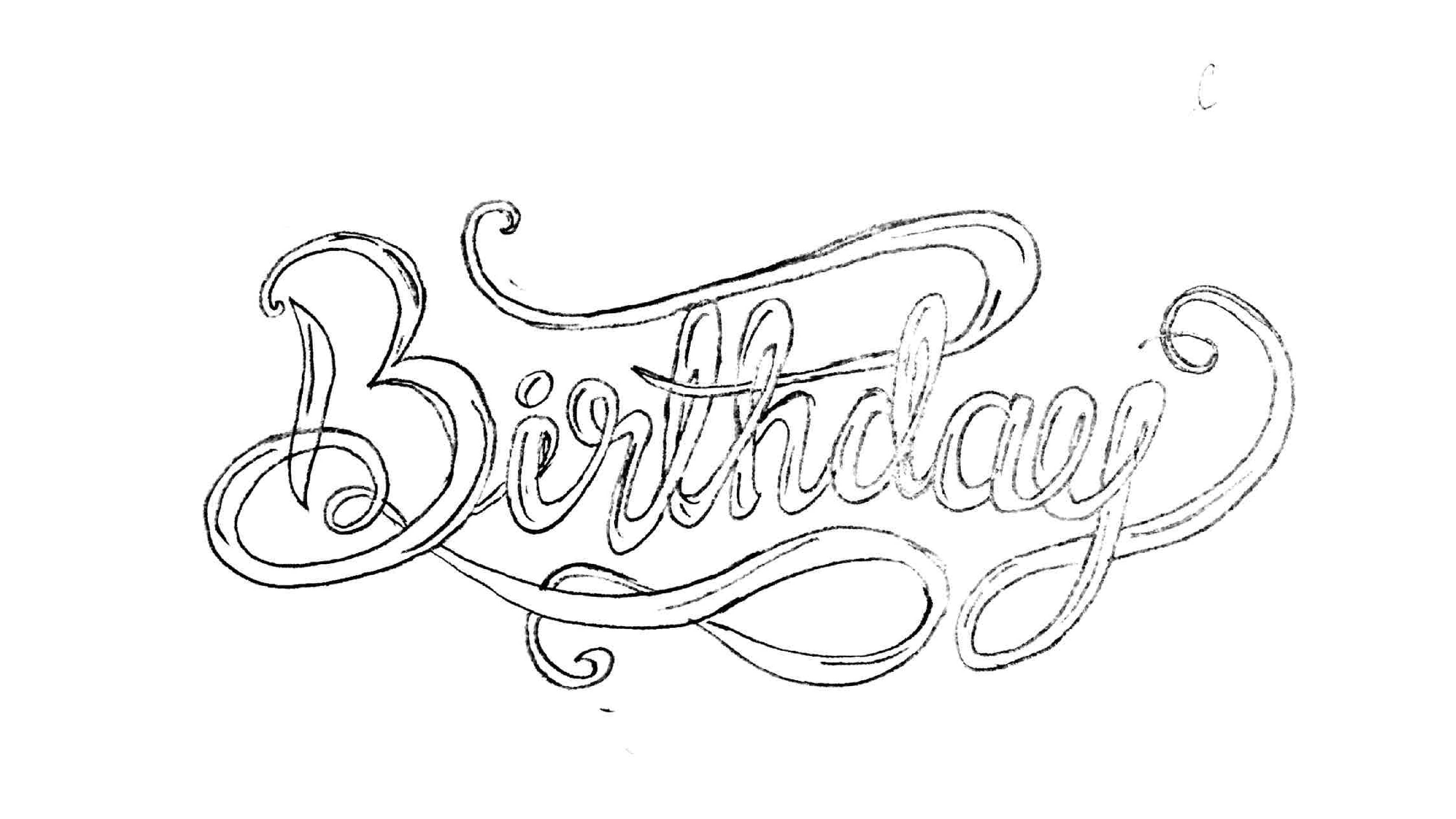 Create a new document and Import your scanned lettering art to Illustrator. 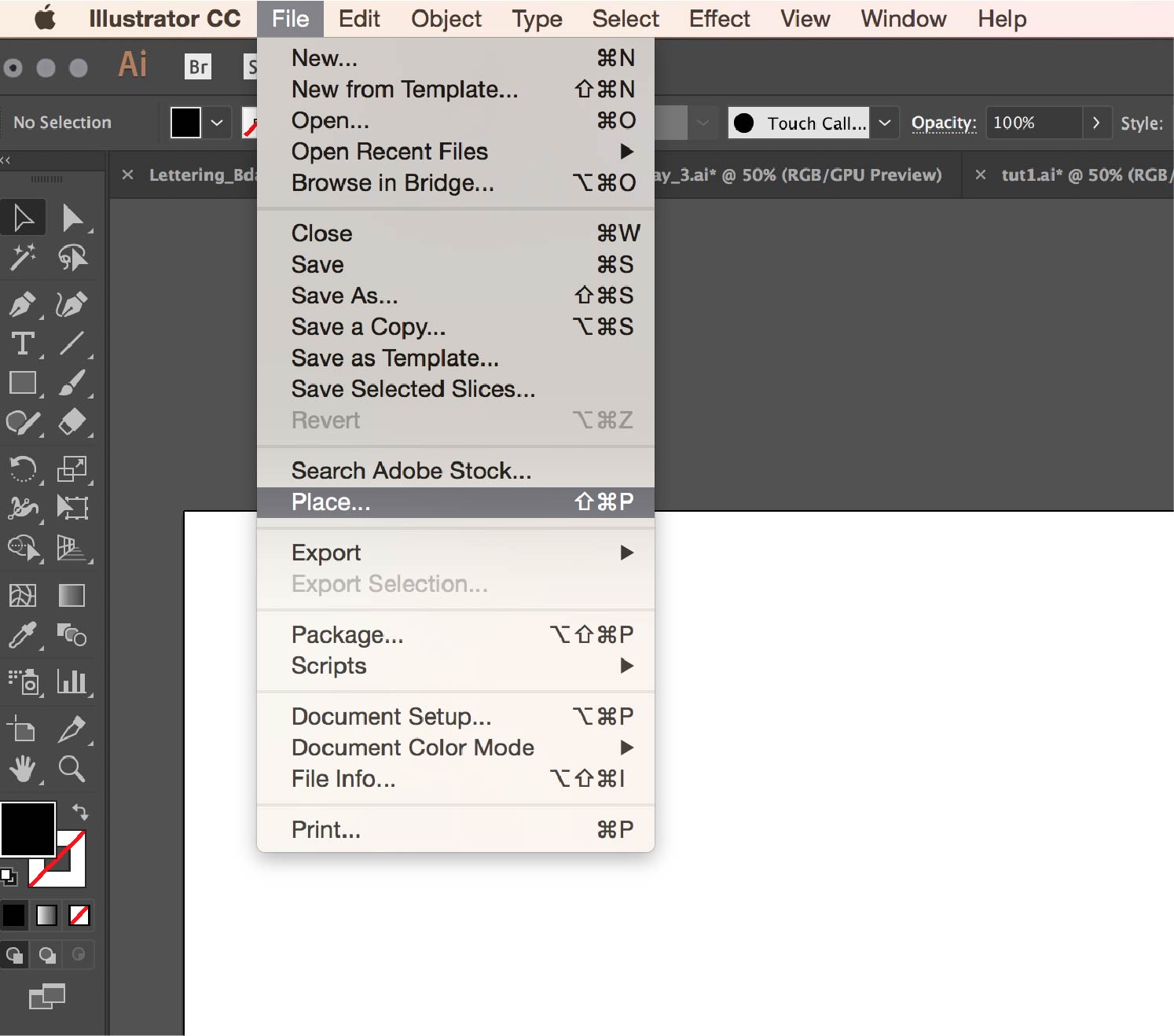 This imported image will help you to trace on it. Rename the layer as “background image” or anything that makes sense.

Reduce the opacity of this layer for a better visibility of your pen tool. Lock the layer. 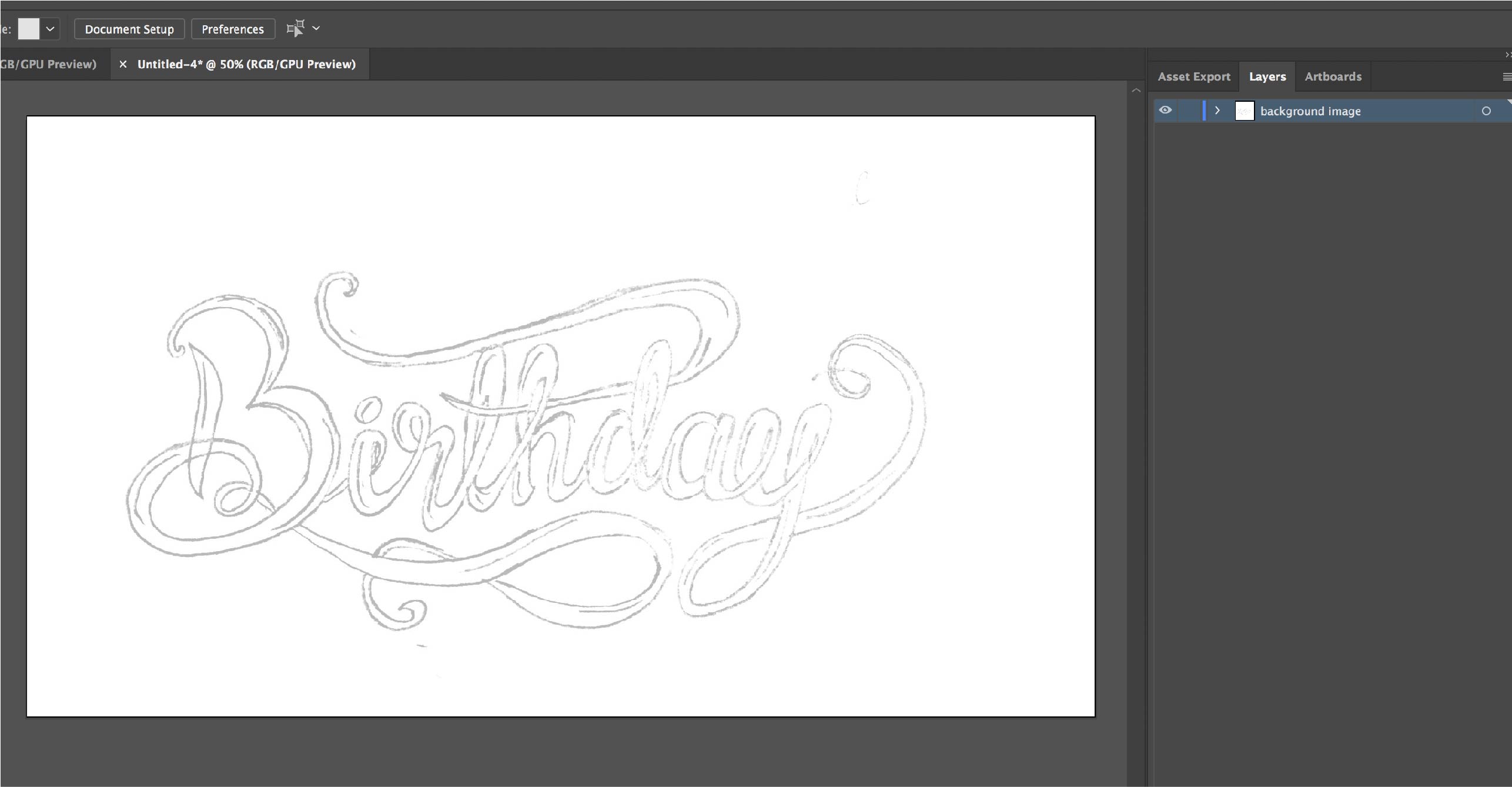 Create a new layer and start tracing the background image with the Pen tool (P). 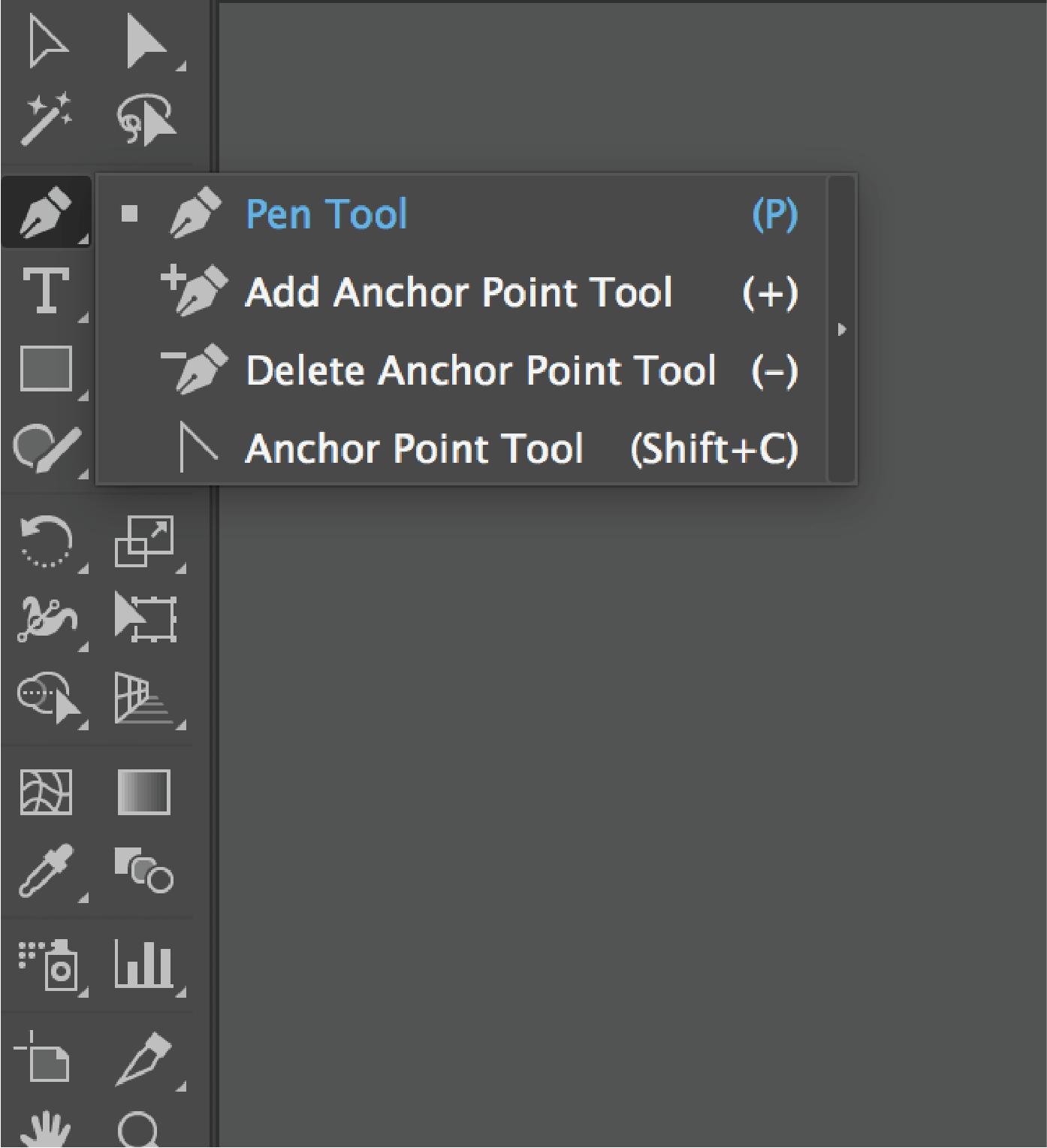 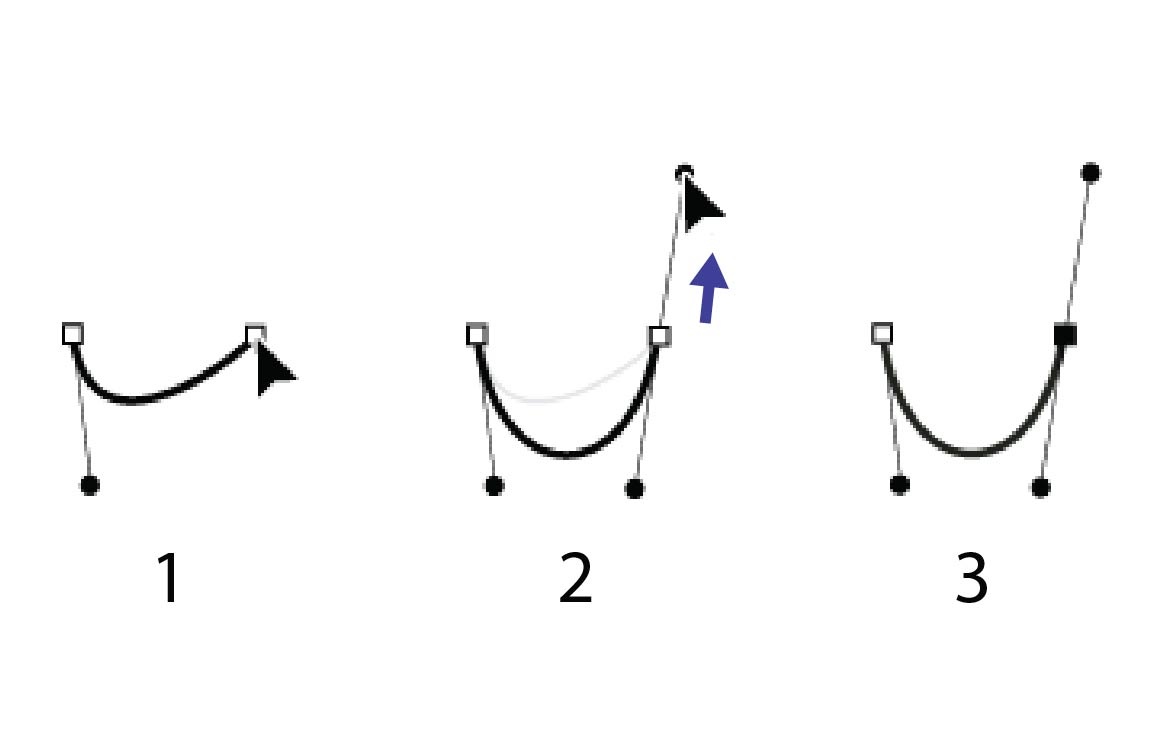 Keep adjusting the anchor points with the Anchor Point tool (Shift+C) to best match the sketch. It’s always preferable to make a separate layer for each closed path and we can merge them later if needed. 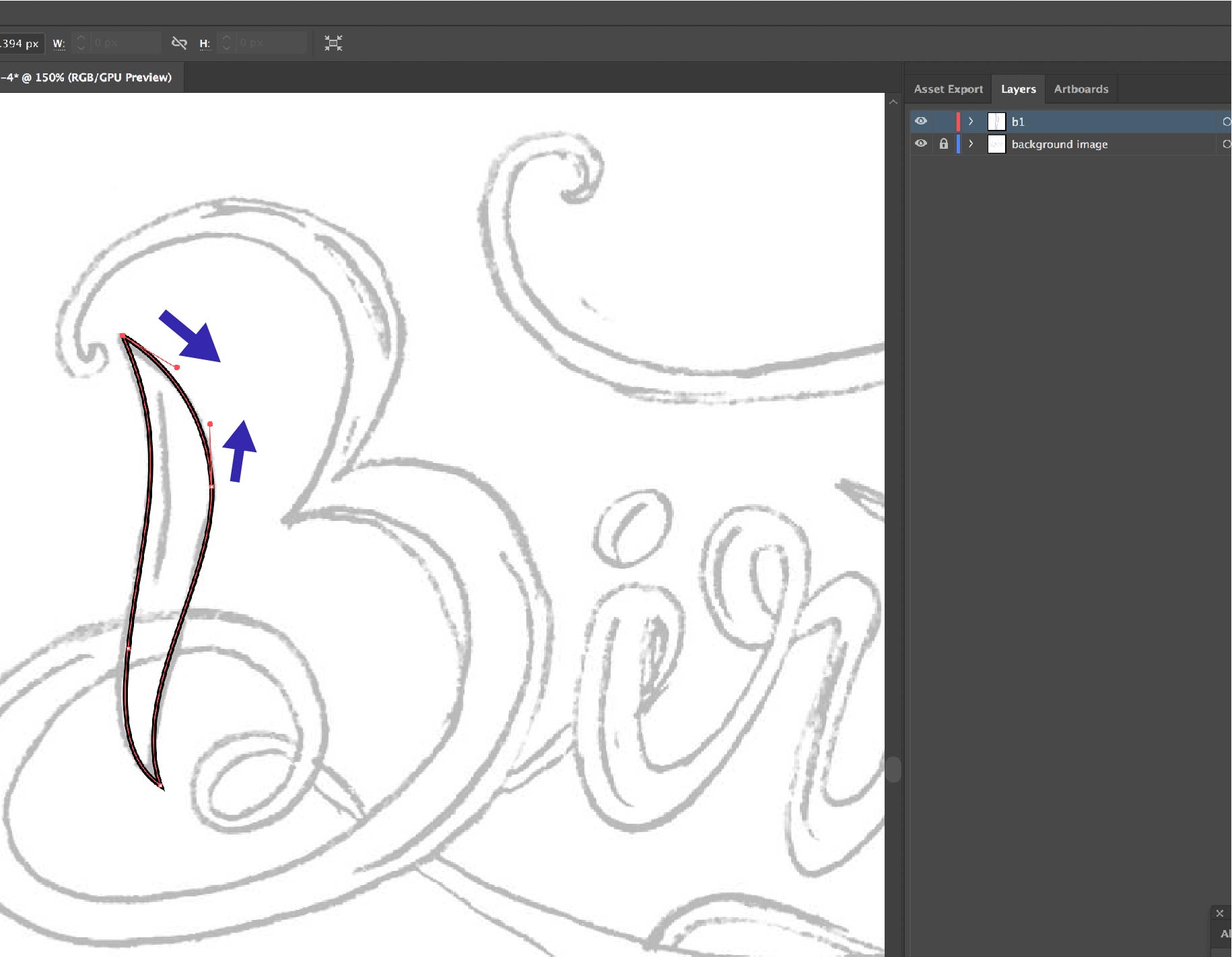 Add anchor points where there is a change in direction of the curve using the “Add Anchor point tool” (+).

I’m drawing the outlines in a red color for better visibility over the background image. We can change it to a different color later. 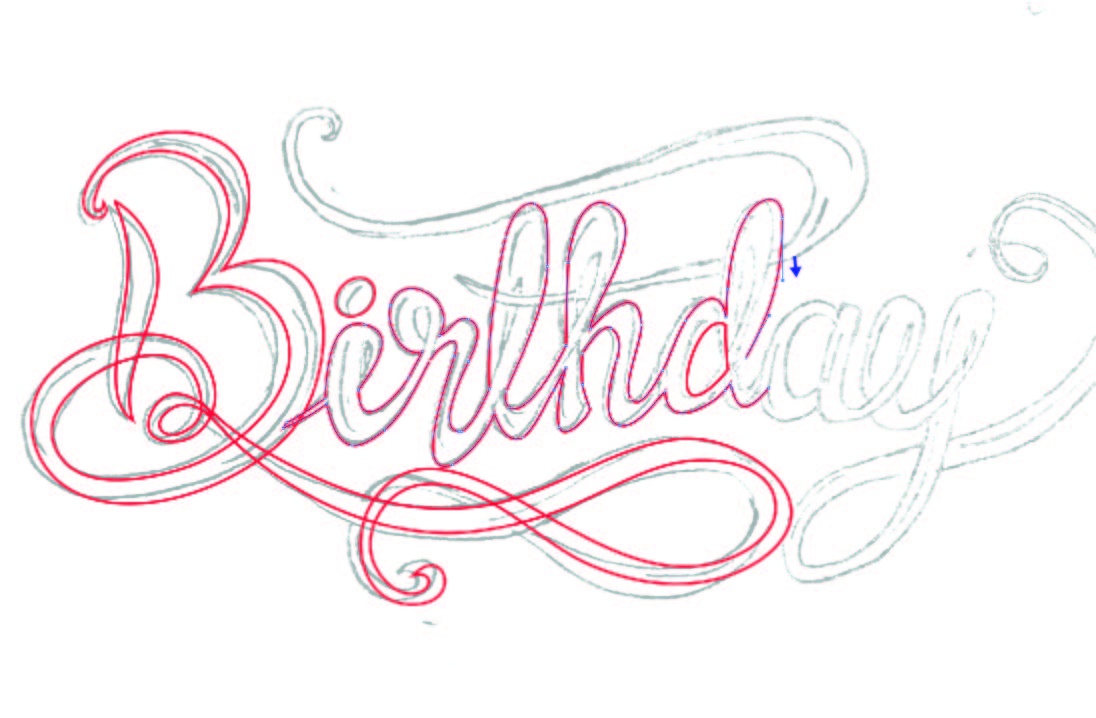 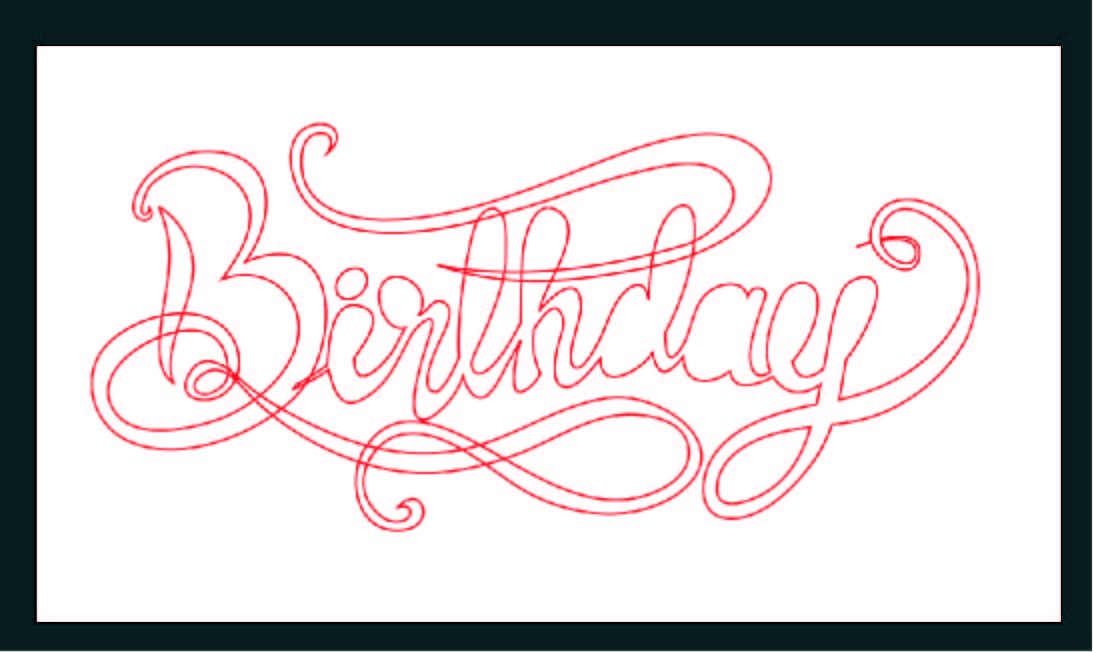 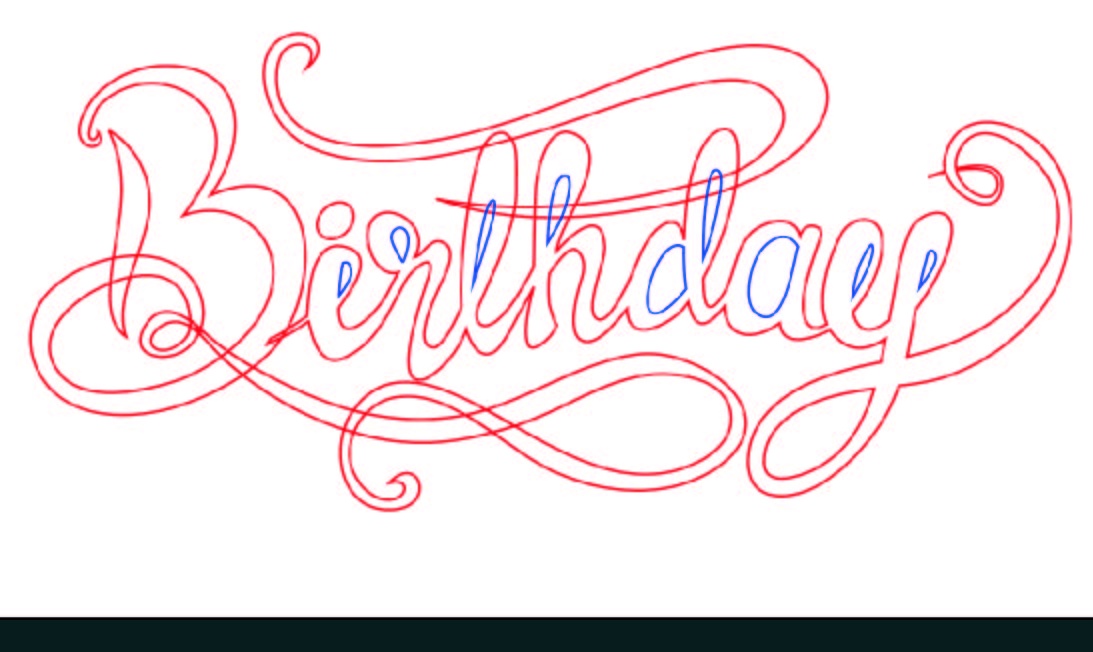 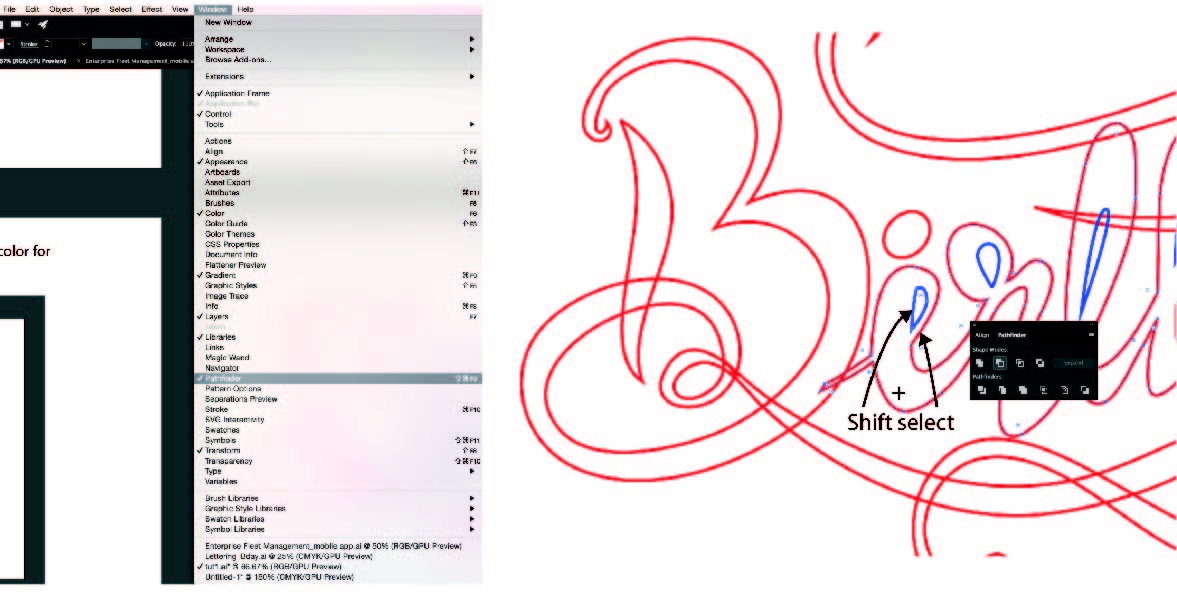 Don’t forget to select the inner path first and then the outer path and then click on the Pathfinder > Divide.

After this process, the inner path color automatically changes to the color of the outer path, which shows that the paths are merged. Repeat this for all the inner layers. 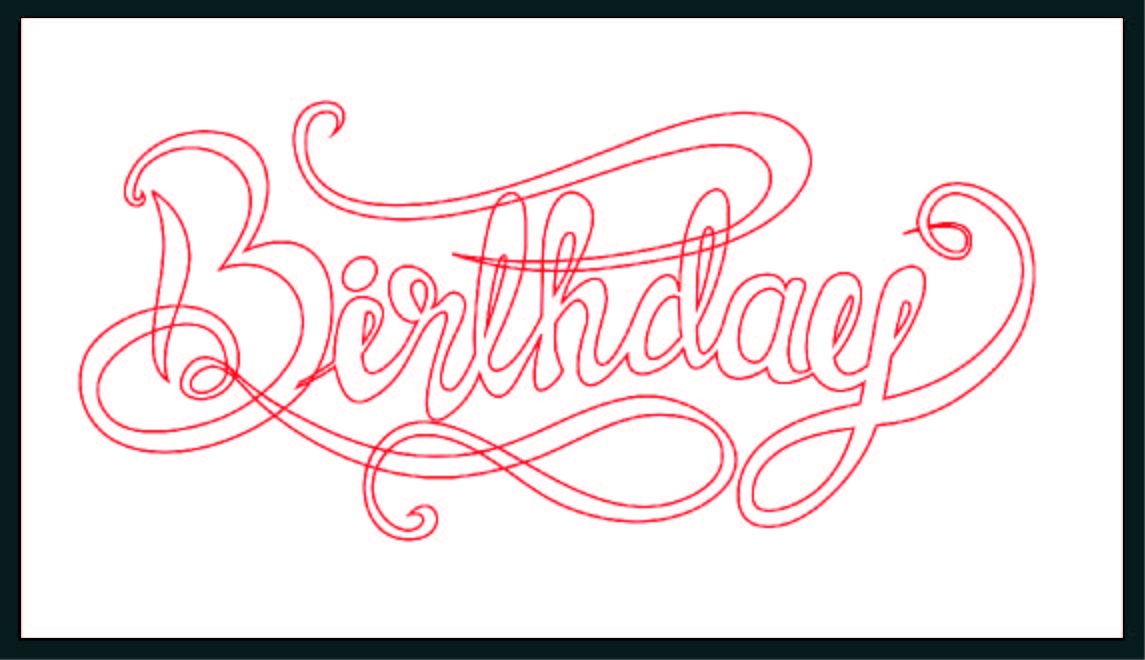 After drawing the outlines, select all the layers with the selection tool (v) and double click on the fill (x) and select the color you like. 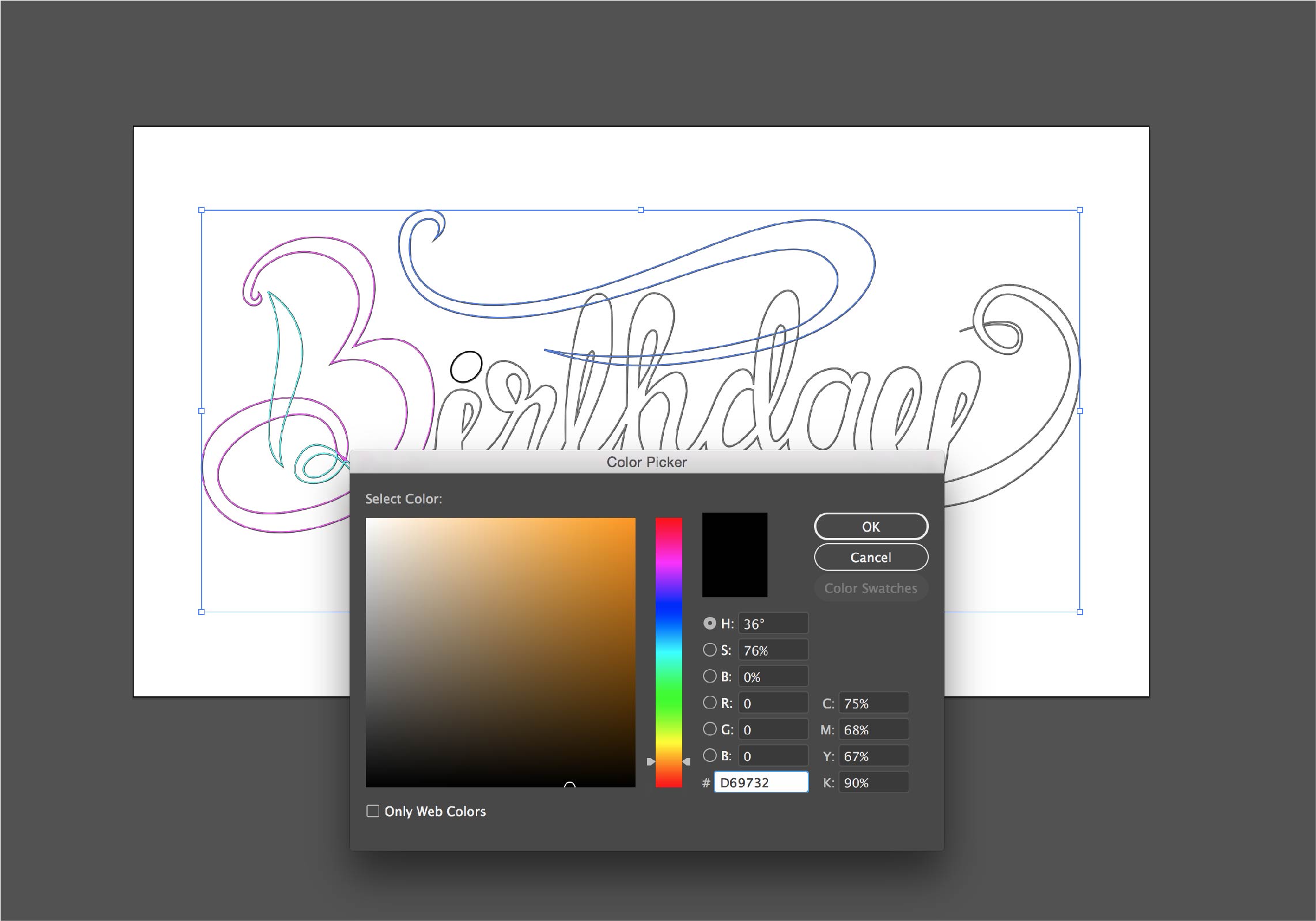 In my case, I removed the Stroke (X) and filled with this color.

Now, let’s add some highlights to make it more appealing.

Lock the present layer. Create a new layer and start drawing the highlights.

The best way to draw highlights is to imagine as though the light is shining on your design from a specific direction.

Complete drawing the highlights to each letter and add a background layer (create a rectangle in the layer below the text layers) with a suitable color. 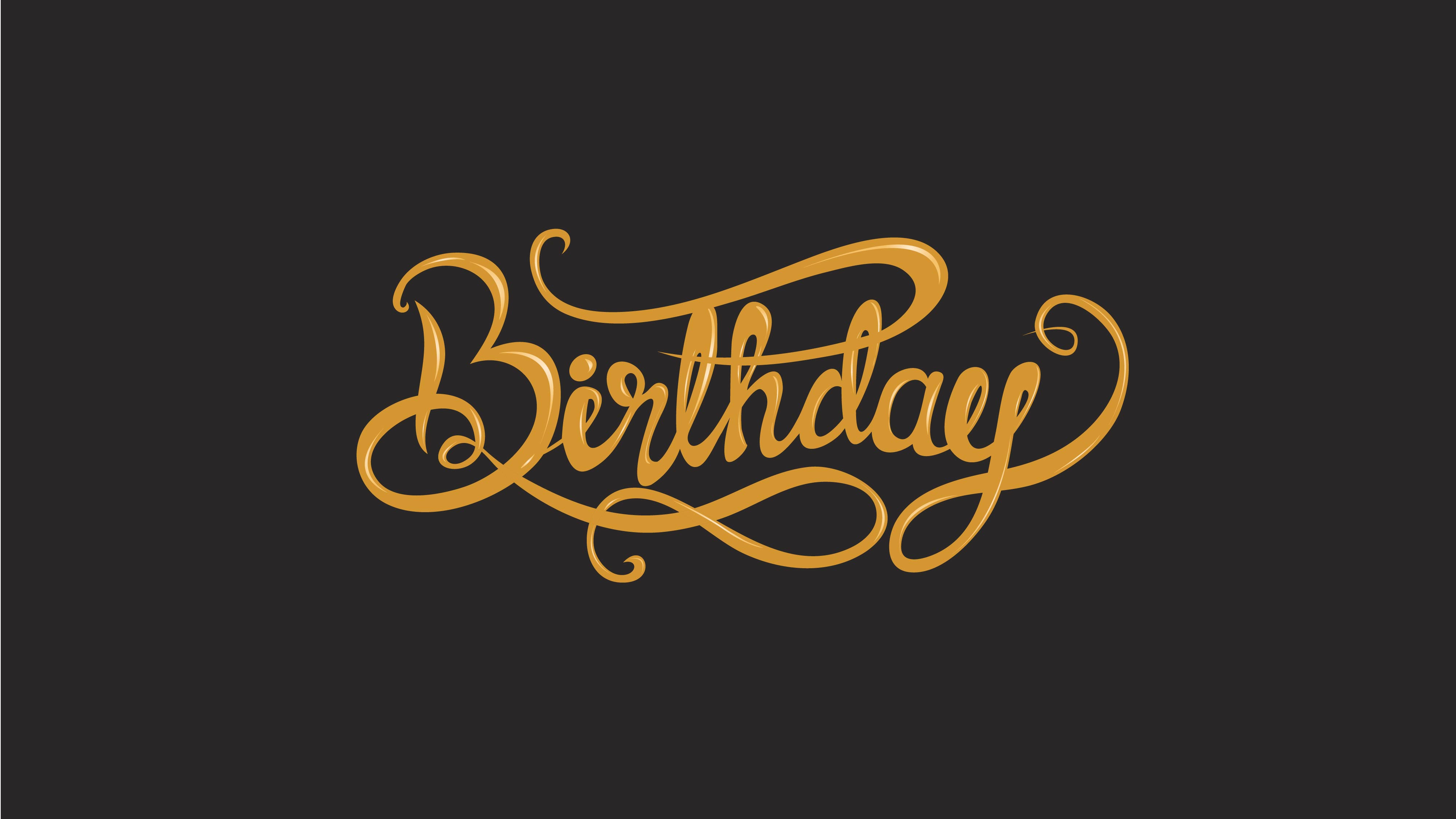 Response to “Vectorize your hand lettering”